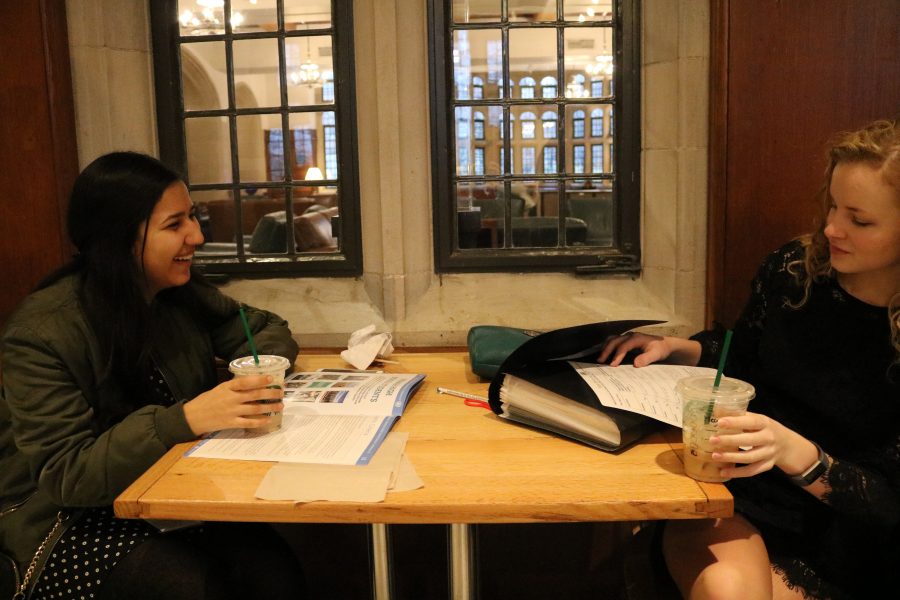 The conference took place at the School of Public and Environmental Affairs (SPEA) on the IU campus. Rooms in the building were transformed to mirror those of political organizations both from the past and the present. The conference had a variety of different committees including the United Nations Human Rights Council, USSR and the Iron Curtain- Soviet Cabinet, and General Assembly (GA Plenary).

“I was a part of the GA plenary committee. We discussed topics such as sustainable development goals, proxy wars in East Africa, and terrorists using natural resources to their advantages,” said sophomore Shreya Parikh.

Model UN is a way for students to act out and participate in a moderated discussion modeling that of the United Nations. Students are given a country or position and research about it in order to debate with other students on given topics.

“We had to write position papers on our given countries and research the topics to make sure we had stuff to talk about during the debate,” said sophomore Jackson Gardner. “I was in a room with a lot of students from different schools, so I had to make sure I didn’t embarrass myself.”

Given that the conference is the IU campus, it allows students to get a closer look at campus life and possibly find an interest in attending IU.

“It was fun being able to see the campus and it felt like I was in college,” said Gardner. “I ran into a couple of people I know who graduated last year and it made me excited to go to college one day.”

While many students are familiar with the IU campus, it can be hard for students to anticipate exactly how it will go. Many students, though,  ultimately enjoyed it.

“I am looking forward to meeting more new people and making more friends,” said Parikh. “Since this was my first Model UN conference, I was not as prepared as I wanted to be, so next time I plan to have a lot more research about my country. It really was a great experience going on and I am really happy I had the opportunity to go.”