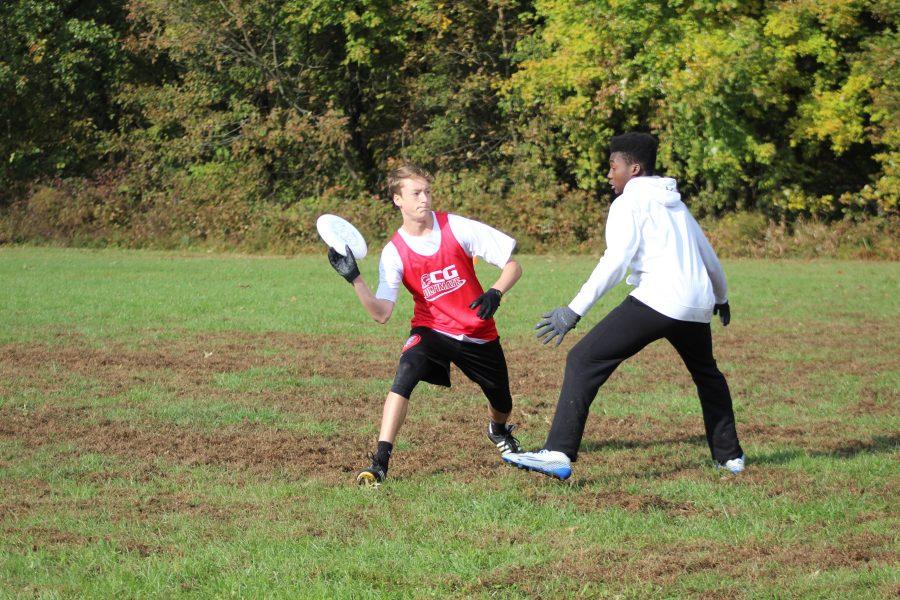 Center Grove Ultimate frisbee team began their indoor winter season last week. Winter season games are held at the Gathering Place on Mondays and Tuesdays, and the season is a gateway for the team as they transition into the spring season starting in March.

In March, the winter season will transition into the spring season where the team will compete for their 10th overall state title, their 9th in a row. Indoor winter games help new players gain experience before the tournament season begins.

“Winter is a microcosm of spring, and it helps players get used to the speed of spring games on a smaller fields,” said Brian Story.

Winter season is a locally-competitive indoor season for high school teams to come and compete with each other. The IUF (Indiana Ultimate Foundation) oversees the league which is played on both the north and south sides of Indianapolis.

“It’s nice to learn the dynamics of the game and get prepared for the spring season with the hopes of making the A team,” said TJ Feitl.

At the end of the six-week indoor season, both sides of the league will meet up together at the Sports Zone on the north side and play a day-long tournament to decide the overall winner.

“Winter conditioning is to get movements dialed in to load patterns and get players prepared in general physical preparedness and Cardiac fitness,” said Brian Story.

The south side of the league currently has six teams, four are from Center Grove, along with a team from Warren Central and Whiteland.

“I’m really looking forward to playing my first indoor winter season. This is my first year. After playing the past fall season, I hope to make the A-team this season,” said Ben Kemp.