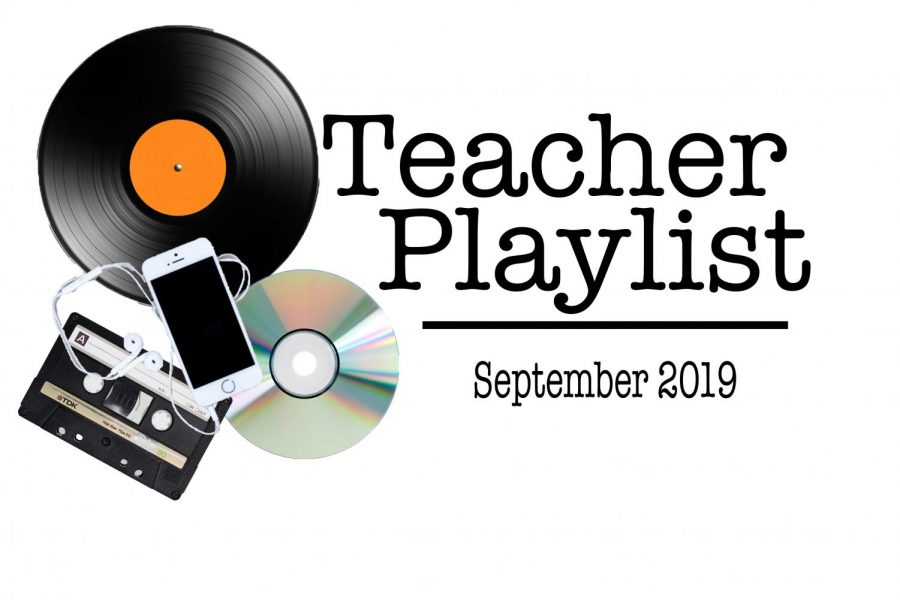 CGTV reporter Isabelle Larocque recently went out and asked teachers what their favorite songs were. We’ve put together a playlist featuring all of those songs, so hit play, sit back, listen and prepare to hear some of your teachers’ favorite music.

Ms. Newlon | “Bohemian Rhapsody” – Queen“I think its an iconic song too that is really popularized. I also love the group Queen. Just saw their recent biopic too about them.  I just love them as well as the song. I think they are very talented.”
Mr. Lawson | “Crossfire” – Stevie Ray Vaughan“It’s a Texas Blues melody and it has some social commentary.”
Mr. Rogers | “She’s Always In My Hair” – Prince“I saw them play it on the Arsenio Hall Show a couple years ago and it was funky.”
Mr. Hagedorn | “Maggie’s Farm” – Rage Against the Machine“My favorite song is a folk song, a protest song against the folk festival, by Bob Dylan called ‘Maggie’s Farm’, but my favorite version of it is sung by Rage Against the Machine. It’s basically a protest song that is in defiance of being told what to do.”
Mr. Surface | “Feel the Heat” – Me Like Bees“It has a good groove to it.”
Mr. Ryfa | “The Sound” – The 1975“It’s really upbeat and always puts me in a good mood.”
Mrs. Shackleford | “Moondance” – Van Morrison“It reminds me of all the beautiful summer nights I’ve spent in northern Wisconsin.”
Mr. Siderewicz | “Your Song” – Elton John“I was a big Elton John fan growing up as a little kid, and in the 70’s and 80’s when I was in high school was when he was big. I enjoyed it a lot as a little kid, and then when I got married in the late 80’s, the first song that me and my wife danced to at our wedding was ‘Your Song,’ so that song has always kind of been been special for me.”
Mrs. McClellan | “Fly like an Eagle” – The Steve Miller Band“It makes me feel the sea and an island- a very happy place”
Mr. Hoover | “Corduroy” – Pearl Jam“I don’t really like answering about my favorites, but I’ll go with my favorite song from my favorite band, which is Pearl Jam. I probably like it because I’m more of a music guy, so I like the way it sounds and the lyrics are good as well but mostly because of the sound.”
Mrs. Gant | “Younger” (Kygo Remix)- Seinabo Sey“Seinabo Sey is a Swedish artist, and I like the song because the message is really good and it has a very nice mellow beat.”
Mr. Gaff | “Vivir Mi Vida” – Marc Anthony“It’s a jam and has a beautiful message.”
Mrs. Tedrow | “Ob la di, Ob-la-da” – The Beatles“I have a lot of favorite songs from different times in my life, but one song that always puts me in a good mood and reminds me of being a kid is ‘Ob la di, Ob-la-da.’”
Mrs. Coakley-Vidal | “Here Comes the Sun” – The Beatles“It makes me happy.”
Mrs. Cullom | “Rocky Mountain High” – John Denver“John Denver was one of my favorite artists and I went to many, many of his concerts while he was alive and also it’s a place that I really like to visit- the Rock Mountains in Colorado.”