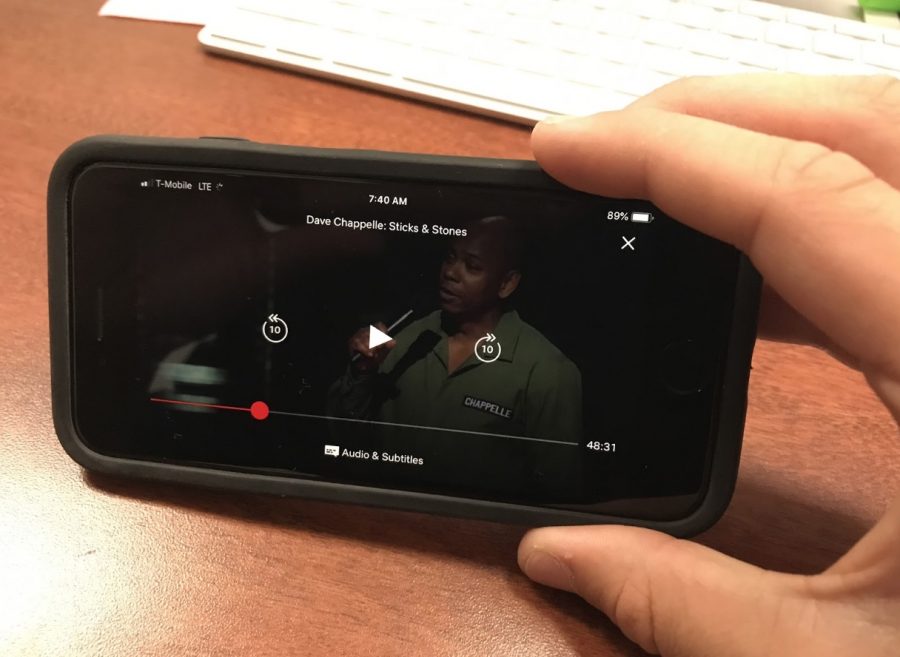 The most important moment of comedian Dave Chappelle’s new Netflix special, “Sticks & Stones,” occurs when he discusses fellow comedian Kevin Hart, who was asked to step down as the host of the 2018 Oscars after his tweets from 2009, which were deemed homophobic, resurfaced.

“I don’t know what you know about Kevin, but I know that Kevin Hart is damn near perfect. As close to perfect as anybody I’ve ever seen. In fact, Kevin is precisely four tweets shy of being perfect,” Chappelle said.

Essentially: anyone can be canceled. It’s a telling moment amidst an hour of comedy that has been lauded by audiences and slammed by critics.

“‘Sticks and Stones’ registers as a temper tantrum, the product of a man who wants it all — money, fame, influence — without much having to answer to anyone,” Hannah Giorgis writes for “The Atlantic.”

Do these critics have a point? They might. Chappelle’s special, while impactful at times, was wildly uneven at others, breaking moments of brilliance with an unnecessarily prolonged joke about transgender rights and a confusing take on Michael Jackson’s sexual assault allegations. However, is the special intentionally offensive, or is the backlash simply a byproduct of Chappelle’s brand of comedy?

Perhaps it’s a byproduct of 2019. Take, for example, Kevin Hart’s 2009 jokes referred to in “Sticks & Stones.” While these jokes may have been socially acceptable ten years ago, times have changed.

This change is in large part motivated by the social phenomenon of “evolving standards of decency”–or the idea that our perceptions of what is and is not socially acceptable change over time. These standards of decency affect everything from the Constitution to, apparently, the response to comedy specials.

In Chappelle’s special, the comedian occasionally misses the mark. However, his points about the so-called “cancel culture”–the recent phenomenon of boycotting celebrities on social media–hold true. Cancel culture, while well-intentioned, has become toxic. It’s become, as Chappelle puts it, “celebrity hunting season.” Rather than truly holding celebrities accountable for their actions, cancel culture has narrowed the gap between true wrongdoers and big names that make an honest mistake.

Meanwhile, large swaths of social media, obsessed with celebrities and cancel culture, have turned their back on more important issues, says Chappelle, citing gun violence and the opioid epidemic.

How do we reconcile cancel culture with the comedy world? It’s simple. In the #MeToo era, it is absolutely necessary that we hold genuine wrongdoers accountable. However, we must also be willing to forgive celebrities for small, one-time mistakes. In the comedy world, we must accept offensive jokes for what they are–jokes. If a comedian is not threatening someone or presenting a marginalized group of people as genuinely inferior, we should move on. As Chappelle says in “Sticks & Stones,” we have bigger fish to fry.