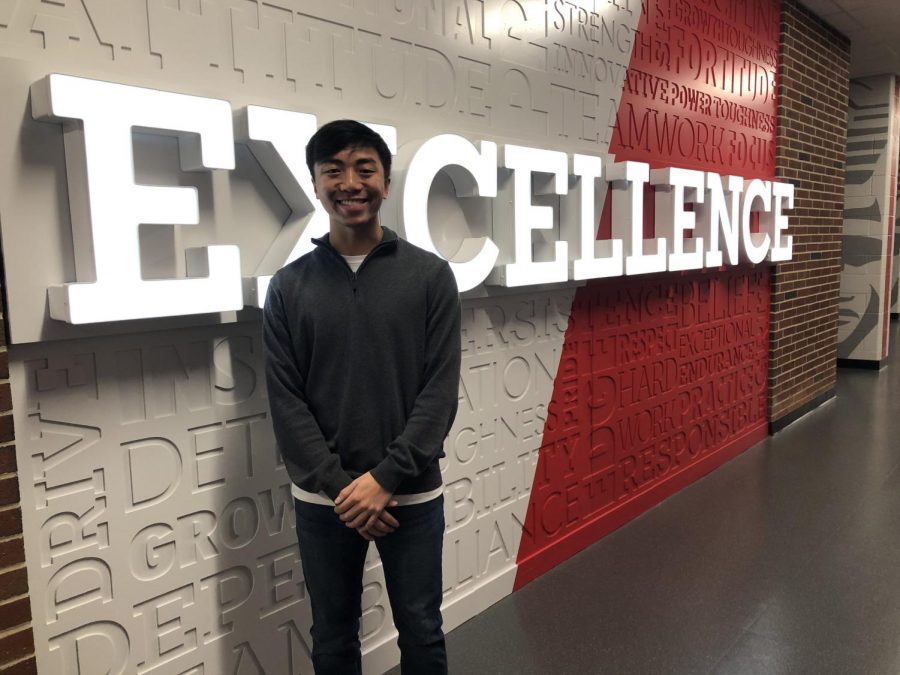 After previously playing in several different soccer clubs and on the school’s soccer team, senior David Pham currently plays for the Indiana Fire Academy (IFA), a division of Developmental Academy, one of the highest ranked youth soccer academies in America.

“I played school soccer for freshmen and sophomore year, until I got recruited my junior year,” Pham said. “I play on the IFA for personal reasons; I just wanted more exposure and thought this opportunity would be better for me.”

The IFA routinely scouts and recruits players from around the state and is the only Indiana club that plays in the DA and offers youth-to-professional soccer.

“I was very grateful for the offer. I knew of the academy and what it could offer for me as a person and player,” Pham said. “All I needed was an opportunity, so I’m really thankful that I was given that offer because I’m someone who always wants to improve and has that drive.”

The IFA does not prevent their players from playing other sports, but it does restrict them from playing soccer for other clubs or their school team.

“I still do miss playing soccer with my boys and for the high school, but I thought this would be better for me,” Pham said.

Compared to other clubs, the IFA differs in having higher expectations for their players. However, Pham believes the IFA’s challenging environment pushes him and has taught him to be disciplined.

“The culture in the academy is very different from high school,” Pham said. “You are held accountable; you get taught to be a man. It’s a very harsh environment. It really forces and pressures you to grow. They have very high expectations of you and your teammates.”

Pham says he has learned valuable lessons from playing with the IFA and uses them both on and off the soccer field.

“I’ve learned how to be a leader and a follower; there are times for both. I’ve learned how to be responsible and to manage my time better as well. I also learned that I had more potential than I thought I had,” Pham said. “It really changed my mindset, which was something that I was lacking before. It helped give me a growth mindset and helped me realize what really separates a good soccer player mentality versus a great one.”

Using what he has learned from playing with the IFA, Pham is continuing his soccer career playing collegiate soccer, having received a scholarship from UIndy.

“I am committed to UIndy for soccer. Everything I’ve learned is really helping develop my future there and for the rest of my life, not only as a player, but [also] as a person myself,” Pham said. “It has developed certain parts of me: toughness, responsibility, accountability, and how to be there for others.”

Although soccer has played a huge role in his life, Pham says he will not be playing professionally because he has other career plans.

“[Soccer] doesn’t have to be professional. It definitely won’t be,” Pham said. “I’ve always wanted to be an orthopedic surgeon. Soccer will always be a big part of my life. My kids will play it, I’ll participate in the community, and there’s a nonprofit organization called MakeYourOwnBallDay. I love participating in that.”

Although Pham will not play soccer professionally, he says it has been a big part of his life and he believes everyone can benefit from the sport.

“Soccer has shaped who I am today. It really is a sport for everyone.”