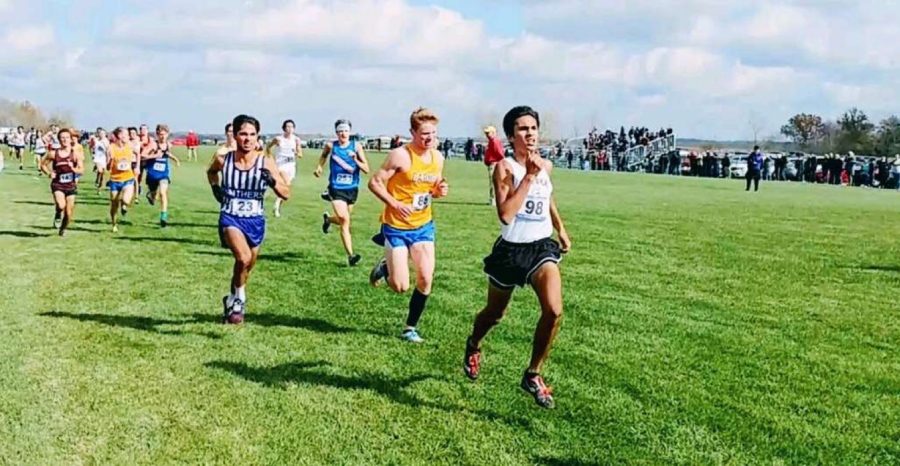 While many students slept in over Thanksgiving break, senior Archit Malik was up bright and early on Nov. 30 competing in the Footlocker Midwest Race in Wisconsin. That Saturday, opponents came from all over the Midwest and even states such as Colorado and Missouri to race. Going into the meet, Malik intended to finish in a top position.

“I wanted to be top 5 in Indiana and top 25 in the meet. That didn’t happen though,” Malik said. “I got tripped up early and cut my leg pretty bad, so that didn’t help matters.”

Though Malik didn’t meet his goals, he did win on TikTok, receiving 17.7k likes and over 100 comments on a video of him after the race as he described his experience to others

“I definitely didn’t expect it to go viral,” Malik said. “I don’t really know how or why it did. I guess a lot of runners just saw it and enjoyed it because they could relate.”

The caption is “Foot Locker Midwest Regional Be Like” and starts while he’s mid-sentence. Using his hands for effect, he says “… into the mud puddle, the kid steps on me, and I’m laying there for 2-3 seconds, so the people are running past me and I can’t get up, because there’s so many people.” His mention of the mud puddle explains his dirty appearance in the video. Not only are his legs plastered in mud, but he also has spots on his uniform, his arms, his neck, his chest, and even his face.

“I really just posted it for my followers and friends to see. I didn’t intend for so many other people to see it too,” Malik said.

Although Malik says it was nice to have a moment of fame, the runner has prioritized a fixed mindset on dominating the course next time he competes.

“I think next time I need to try to start out stronger so that I don’t get caught in the middle like I did during this race,” Malik said. “That way I don’t get discouraged or tripped up.”