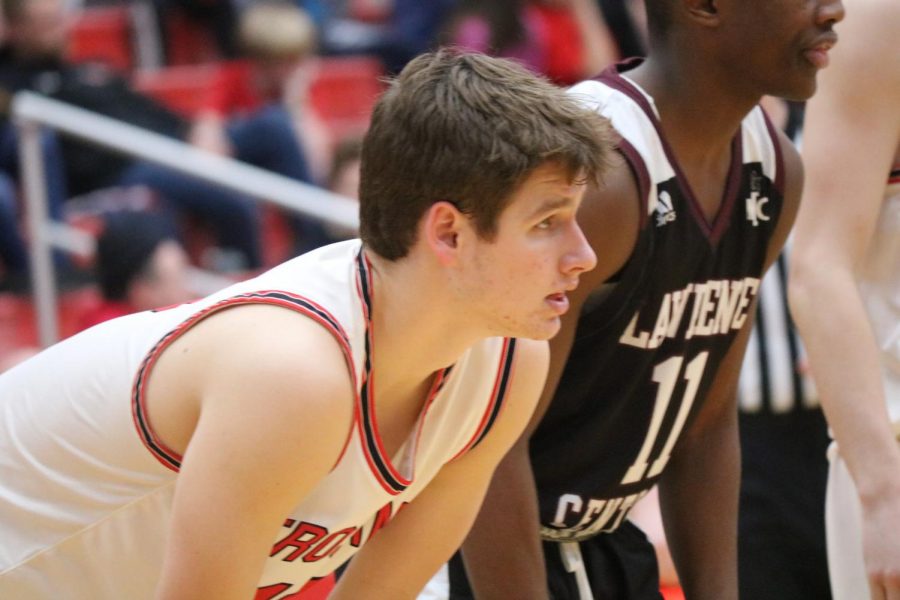 When Center Grove steps on the court Saturday afternoon at Franklin Central, the Trojans will be looking to rebound from last season’s disappointing 9-15 finish.

“Each year creates new challenges. As a coach, you have to adjust to the ability level your players have, put them in position to succeed with their talents,” coach Zachary Hahn said. “This is the most skilled group I have coached.”

Last season, Center Grove finished 0-7 in the MIC. According to Hahn, they will play smaller, have more ball handlers and look to control the tempo of the game.

“After only graduating one senior last year, we definitely have a lot more varsity experience on the roster this year,” senior center Ethan Jones said. “I feel that that will allow us to play more together and be more consistent overall as a team.”

“Although we only graduated one, we will have four new players in the top nine for the varsity. Their commitment to each other has been fun to coach so far this season,” Hahn said. “This team has many strengths but the two most important are that they believe in one another and that they are very skilled.”

As opposed to being a very physical and athletic team in the previous years, this year’s team is very skilled as a whole.

“A strength that we will have this year will be our togetherness,” junior guard Tyler Cerny said.  “We’ve all been playing together for a couple years now so we all know what each person has to bring in order for us to win games.”

This season the team will have a good core of leadership from it’s seniors. They return seniors Ethan Jones, Landin Hacker, Charlie Bemis and Mason Long.

Cerny says that the most important thing that the team needs to focus on is to win and compete in MIC games and to limit turnovers. Avoiding turnovers would give the team more opportunities to score.

“If we want to be able to compete in the MIC this year we’re definitely gonna have to be consistent [with] shooting,” Jones said. “And avoid turnovers while being strong on defense.”

A possible weakness Center Grove has is the lack of depth in the size category. Last year, Center Grove had four players standing 6’5” or taller. This year, the team is bringing in two players above 6’5”.

“We don’t have as much height as we have had in recent years,” senior center Charlie Bemis said. “But with the way we are going to play this year, it shouldn’t be too much of an issue.”

With a much smaller lineup this year, rebounding will be a priority that the team will need to focus on, including giving their bigger guards the opportunity to get some offensive rebounds without giving up easy transition baskets.

“Everyone has improved their game tremendously and has gotten a lot stronger from last year so that will put us in a much better position to win games,” Cerny said.