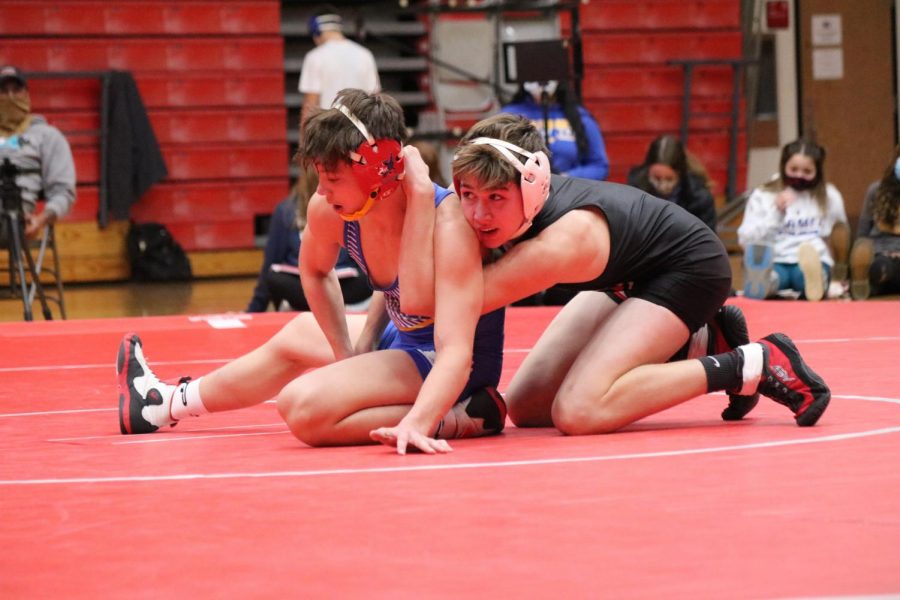 When the wrestling team takes on the other county schools in the county tournament on Saturday, they will have some extra fuel after placing second to Franklin in the tournament last year.

“Last year we made some minor mistakes, but the whole team has improved so much and I’m confident we won’t make those mistakes again,” senior Riley Rust said.

“I think the main people this year that will step up and help us win this meet are the freshmen, ” junior Drake Buchanan said. “They’ve been thrown into a much tougher environment than middle school, but these last few meets they really stepped up and have proven that they deserve a spot on this team.”

Whiteland, Greenwood, Indian Creek and Franklin all are rivals to Center Grove and will give it their all to compete and beat Center Grove in the county tournament.

“We’ve wrestled really tough competition,” coach Maurice Swain said, “so that will better prepare us for the county tournament.”

Swain emphasizes that every person matters because every point is valuable to the team’s success. Any point earned could be the difference between winning and losing this tournament.

“Last year we were a pretty young team and this year a lot of our younger guys have gained a year and have more experience,“ Buchanan said, “We also have three returning state placers, which really gets some more talent in the room to help our younger guys become stronger wrestlers.”

The team has a lot of seniors and juniors this season, which will help the sophomores and freshmen gain more experience by watching and learning from the upperclassmen.

“County tournaments are big rivalry competitions,” Swain said, “Last year the tournament came down to the last match so every kid is important and picking up every point we can while holding the opponents to as little points as possible is key to success this year.”

“Our guys are going to be training to beat Franklin and Whiteland and only them,” Rust said. “That is our main focus.”