OCD: An Illness Not a Quirk 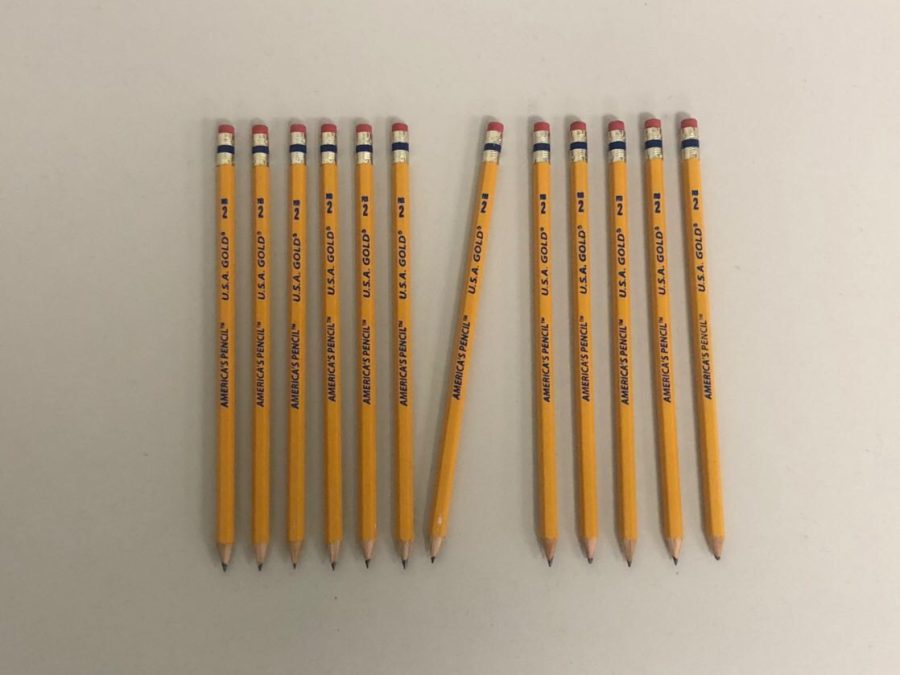 Picture this: you’re scrolling through the internet when all of a sudden an ad pops up. In bright black bold, the caption states, “Take This Five Minute Quiz to Find Out If You Have OCD.” Underneath the words appears the image of several pencils lined in a neat row, yet one of them is slightly out of place.

Likely, if you use the Internet even occasionally, you have encountered one of these ads before. With the rise of social media in the previous decade, nowadays it is not uncommon at all to come into contact with these depictions of OCD. Companies have even started using the term “OCD” as a part of their branding.

OCD has become synonymous with the term “neatness.” It is used as an adjective to describe one’s desire to stay organized, clean and orderly. Phrases such as “I’m so OCD” and “This is making my OCD go crazy” have become increasingly popular in the human vocabulary. Some even go as far as to self-diagnose themselves with OCD, finding it a trendy and cool disorder to have.

What many fail to recognize is that through the usage of these phrases and their wrongful diagnosing of the disorder, they are misrepresenting OCD and hurting those with it in the process.

OCD is an abbreviation of Obsessive-Compulsive Disorder. According to the International OCD Foundation, obsessions are where people have recurring unwanted thoughts, ideas, sensations or urges that drive them to perform a certain compulsion in the hopes that it will get rid of the obsession or minimize their distress. It is not unusual for people to have illustrated these behaviors at some point in their lives. Only having obsessions and compulsions from time to time does not mean an OCD diagnosis can be made. For it to be made, the cycle of this behavior must be frequent and time-consuming –actions that get in the way of one’s daily life and experiences.

Cleaning, neatness and organization are parts of a certain type of OCD; however, what many do not realize is that those with this type of the disorder clean because they feel highly compelled to do so. They lack the control to not wash, and it is not something they do as a hobby or because they love it. It is because they have no other choice but to clean. For them, to refuse to tidy up and keep organization in their lives almost feels like a life-and-death situation. For the common person, cleaning does not elicit that kind of feeling whatsoever.

The OCD-UK notes that OCD comes in many shapes and sizes: checking, contamination, symmetry and ordering, ruminations and intrusive thoughts, hoarding, rituals, to name a few. There are many different types, so categorizing OCD based on one type alone is unfair to all sufferers.

As someone who has struggled with OCD my entire life, it is always adapting and changing. My symptoms may be one thing a certain day and completely different weeks later. I used to be panic-stricken by the idea of my house being broken into in the middle of the night. Every day before I went to bed, I would lock and unlock each door to my house 17 times. I would do this in increments of four and then I would move onto the next door. After I finished, I would go upstairs and sleep; however, if I messed up anywhere or miscounted during the process, I would restart the entire process. It got to be extremely time-consuming, and I would spend hours trying to perfect this action, but I had to do it because if not, then I believed something catastrophic would happen to my family.

Though I no longer lock my doors excessively, I have found new things to obsess over. Another compulsion I perform is knocking on wood four times. One thing that stays the same even though my OCD is forever-changing is the anxiety and fear that follows me wherever I go –that part never changes.

OCD feels suffocating. It’s like I am imprisoned, shackled to a steel chair centered inside my own mind with the windows barred, no escape in sight. My brain has authority over me, and any attempt to take over is futile. I desperately want control over my life because I am told that nothing is all right otherwise, and I am constantly consumed by overwhelming distress. I am powerless.

OCD is not a quirk. It is not a cute trait to have. It is an illness. A real, debilitating illness that affects so many people, and yet is so commonly misunderstood. Social media does not do an accurate job of portraying it correctly to the public. Through the romanticization of OCD on platforms, it has become something desirable. OCD is far from desirable, and everyone should consider the usage of harmful phrases. If you hear someone use the terminology, educate them on the matter. Inform them why they are wrong. You never know who may be suffering.