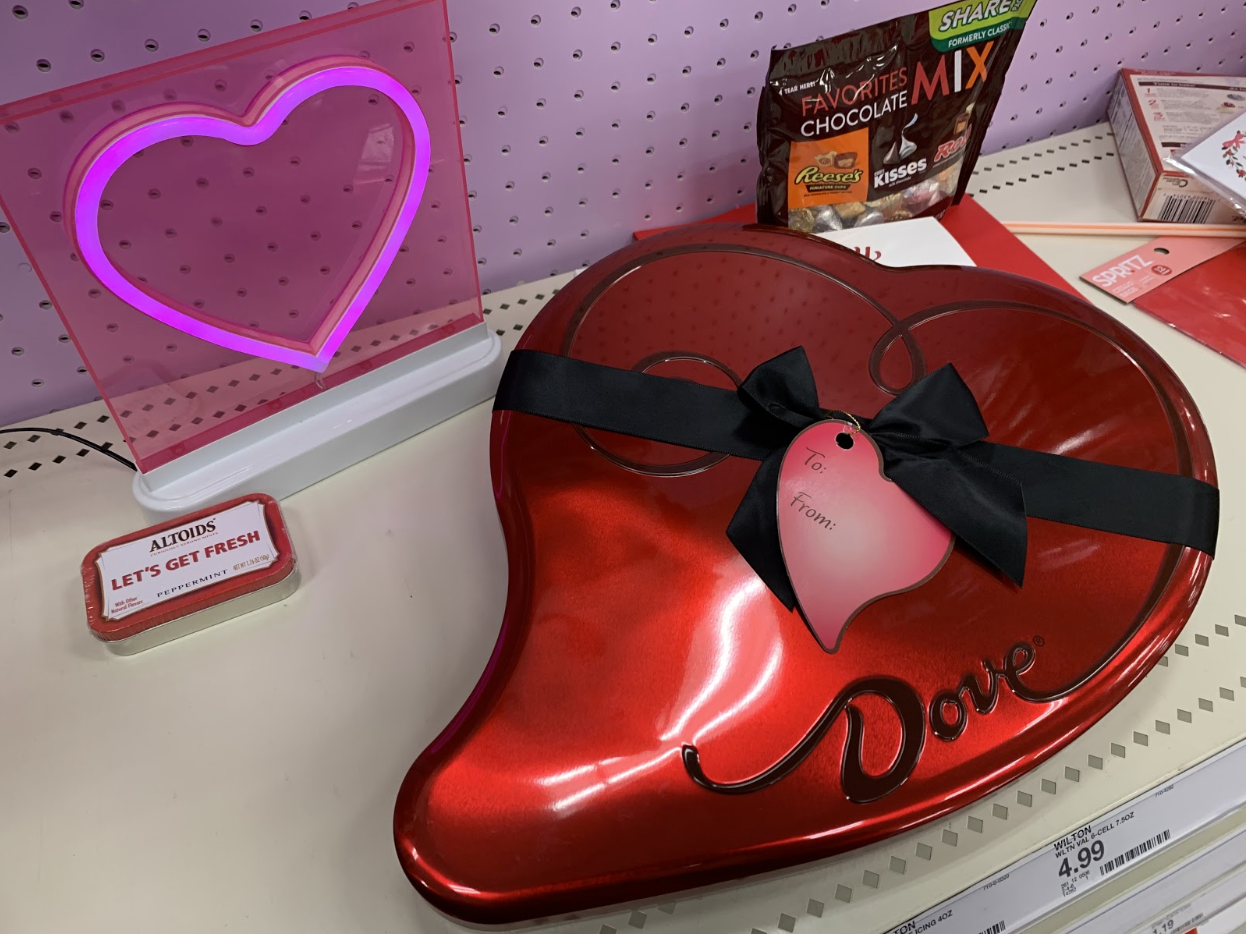 The meaning of Valentine’s Day has evolved significantly over time. The day was meant to celebrate the special people in life—romantic or platonic. To appreciate those who made life worth living.

With any holiday comes financial profit for companies that heavily market it. Valentine’s Day marketing has been up since around Christmas. While many people want Valentine’s Day to be more than merely a corporate holiday, statistics show otherwise. In 2019, approximately 20.7 billion dollars were spent on the holiday alone. The reason for persistent marketing is not meant to encourage people to romanticize the day, but rather to spend their money so companies receive a substantial amount of profit.

As the holiday grows closer, prices skyrocket. Corporations take advantage of the fact that many procrastinate getting gifts until the last minute. Like on Halloween, the prices of candy go up on Valentine’s Day because of how desirable they are. Also, the prices of classroom Valentines are ridiculously high. At this rate, it may be easier to make a set of classroom Valentines instead of purchasing them.

Advertising has manipulated the public into spending large quantities of money to please others. Whether it is a small trinket, six-foot tall stuffed bear or a new car, people assume that the only way to spend Valentine’s Day is spending money. While the gestures are kind, Valentine’s Day is not defined by a price tag.

What makes February 14th so much more special than February 13th or 15th? Rather than focusing all of their attention and appreciation on one day, people should show how much they love and appreciate one another every day. A gift doesn’t have to be tangible. It can simply be a reminder that someone is loved and appreciated—which doesn’t cost a single cent.

Consequently, some wallow in self-pity and eat their body weight in candy.”

For those who do not have a significant other on Valentine’s Day, it may seem dreadful due to constant reminders of their relationship status—single. Advertisements for Valentine’s Day fill phone screens, consume magazines, and trend all over social media. Consequently, some wallow in self-pity and eat their body weight in candy. The marketing of Valentine’s Day not only affects those who have someone to spend it with, but also those who do not.

While those who are celebrating Singles Awareness Day instead of Valentine’s Day are not buying Valentine’s Day gifts, they are still contributing to the total spending on the day. It is not cheap to buy so much candy. Corporations are encouraged to maintain current practices when so much is spent on Valentine’s Day gifts. Instead of giving into corporations’ manipulative techniques, people should find a way to spend less financially and more in effort and thought.

February 14th may be romantic, but it pales in comparison to February 15th, when all of the candy goes on sale.