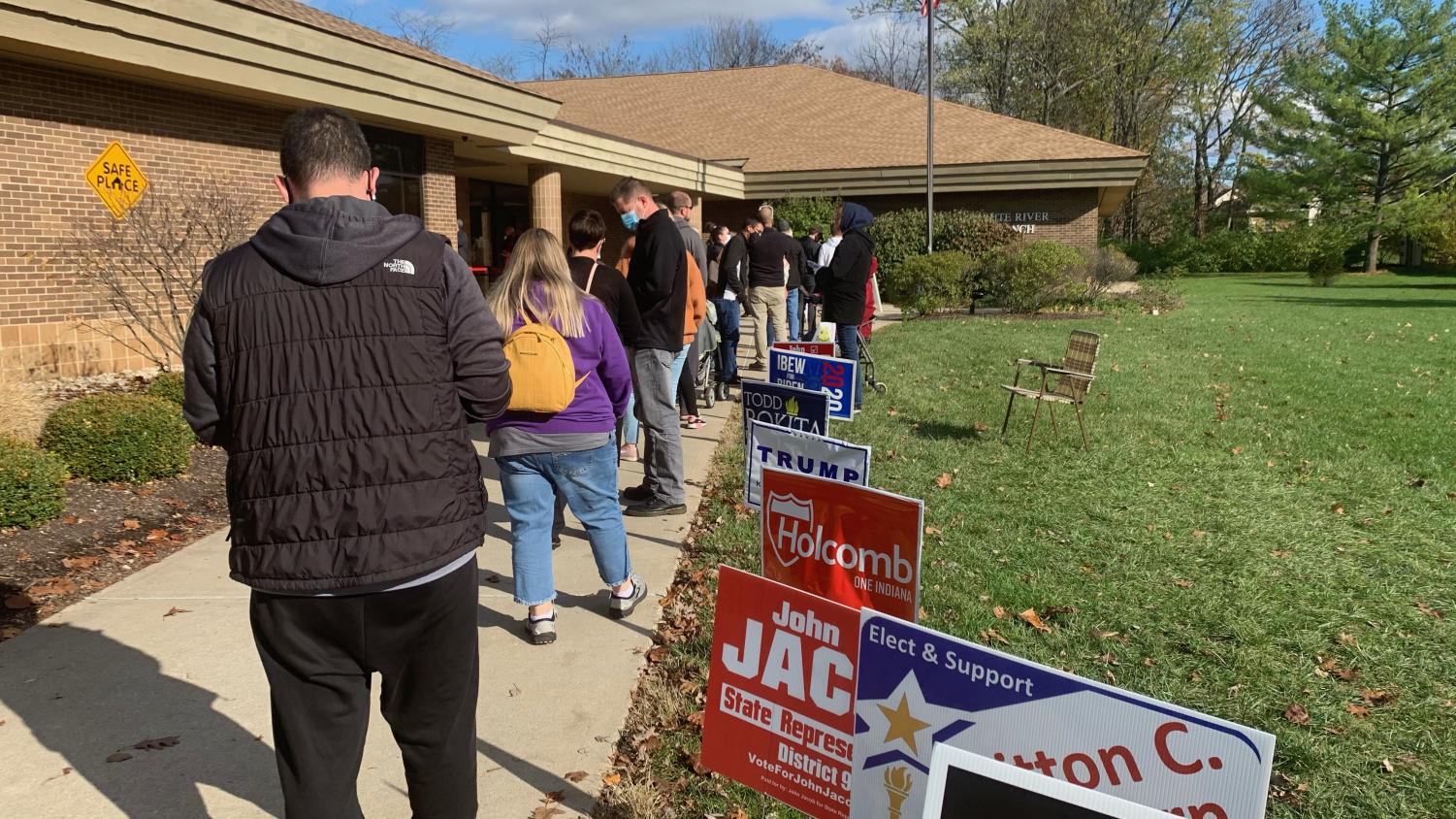 Why You Should Vote

From a young age, we are taught to make the right decision in order to receive positive results, whether that be choosing the perfect color popsicle, listening to your parents or simply eating your broccoli at dinner time. Typically, these beliefs are instilled into our minds to assure that we mature and grow into people that will better future generations. However, irony lies in the fact that people choose not to partake in the one decision that will have a long-lasting effect on our nation. Did we really not learn that by not deciding on a popsicle color, you would end up with the color that you liked the least? You would get the orange one.

The progress in voting since Article 1 of the Constitution discredits arguments as to why a person cannot vote. Voting can be done in person at specific locations available in your area, which can be found with a quick search. Each state has different requirements and deadlines to ensure that voting etiquette is upheld.

Even though voting has never been easier, one concern that potential voters may have is the occurrence of voter fraud.

80 Million Unsolicited Ballots are impossible for election centers to tabulate accurately. The Democrats know this better than anyone else. The fraud and abuse will be an embarrassment to our Country. Hopefully the Courts will stop this scam!

The accusations seen from various political sources have caused great confusion, but they were ultimately proven inaccurate. According to a study conducted by the Brennan Center for Justice, the rate of voting fraud overall in the U.S. is between 0.00004 percent and 0.0009 percent. By suggesting that the election is “rigged,” they are not only discrediting the poll workers’ ability to honor the voting system but also causing greater tensions amongst the nation.

When considering whether or not you should vote, you should not believe that the election is “rigged.” Instead, you must consider the importance of your vote. Some believe that voting is pointless because the nation has the electoral college system, but in reality your vote does influence which candidate your state will select. Voting is a decision that will affect your future and the nation’s well-being in years to come.

Regardless of where you fall on the political spectrum, your vote matters. By voting, you are fighting for what you believe in and you should be proud. If you actively choose not to vote, you are staying silent when your voice needs to shine through. If you are not going to stand up for what you believe in, who will? Keep in mind that not all of the people in your life are going to have the same political views as you, but that does not make their vote matter any less. It is about more than getting a sticker or having an excuse to skip class, it is about doing your part to make our nation better for future generations.

I was born on November 4, meaning that I miss the voting age requirements by a single day. The fact that I am allowed to make a decision that directly impacts my future because I was not born 24 hours earlier is ridiculous. If I am old enough to work and pay then I should be able to vote. About 250 years ago, the American people gathered together to fight for “no taxation without representation.” Why aren’t we fighting for representation now? I, alongside other students who work while still in school, do not have the right to vote. We need representation.

For those of you who can vote, take the time and do the research so you make the decision that most accurately represents your beliefs. Oftentimes, social media creates difficulty in finding accurate information. It is easy to fall into the trap of believing everything you read on your Twitter feed, but that is far from true. If voting in the presidential election were as simple as a yes-or-no question on your Instagram story, perhaps more people would do it.

Voting in person does mean that there are lines at these locations. This being said the waits can vary depending on which location you choose, but the wait to vote is worth it. Because it is supposed to be sunny, you can catch up on your reading, scroll through TikTok or you can let the rush of participating in democracy sink in. As long as you are in line by 6 p.m., you will be able to cast your vote and make a decision that affects your future.

So yes, this election is about more than flies on peoples’ heads, not making eye contact with your opponent and answering everything but the question asked. This is not about “us versus them.” This is about us working together to make this nation better. In other words, the solution is quite simple. If you have the right to vote, use it.