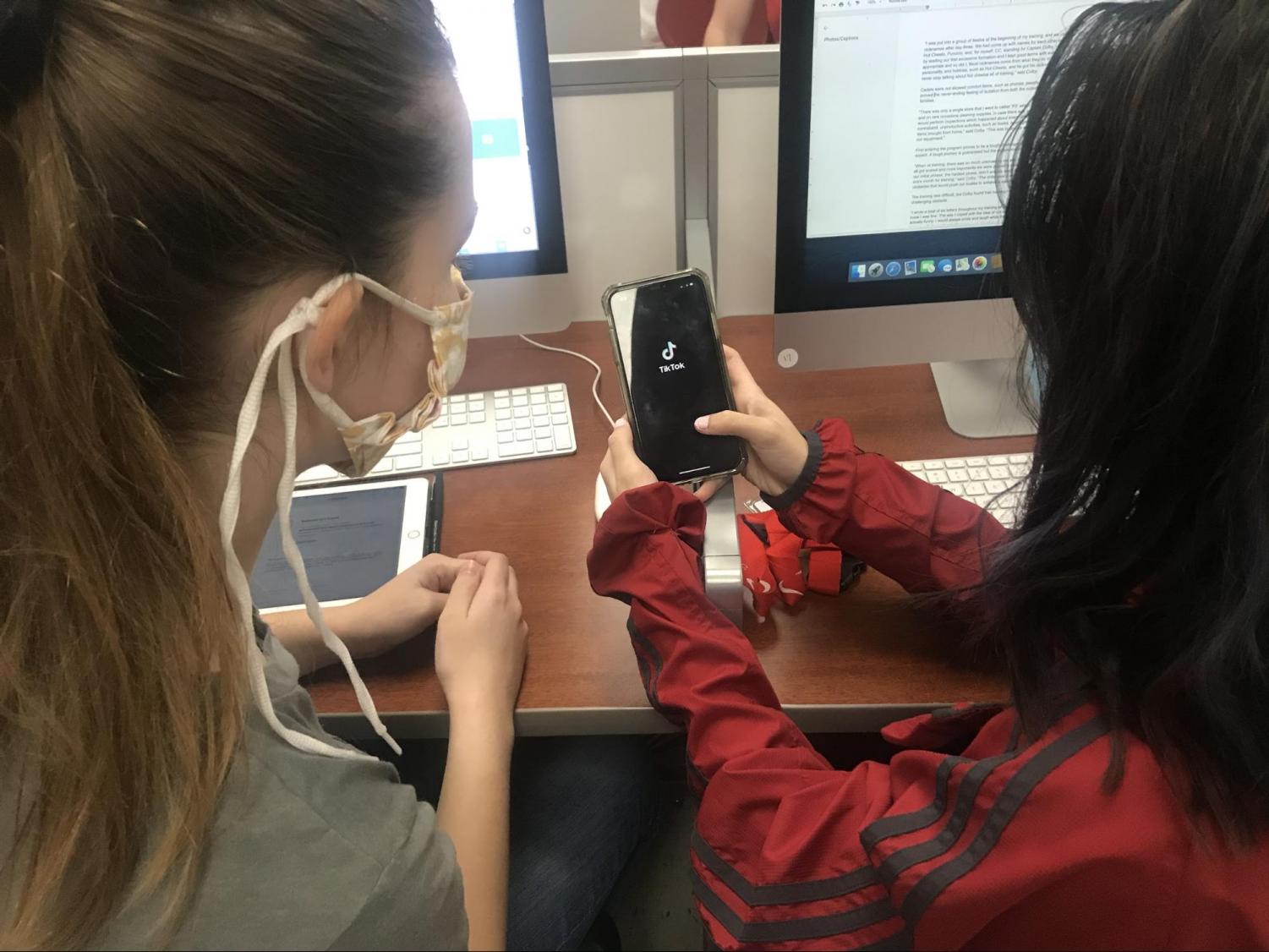 TikToxic: The Problem with TikTok

TikTok–a social media platform that is known for its intriguing, short videos–has grown exponentially popular over the past few years. Whether you like it or not, it is admirably phenomenal. As the app has become more accepted in our society and is known for its creative and entertaining content, it encourages a dark theme of creativity.

Every platform on social media has toxic characteristics, but TikTok is a unique case. Is TikTok an app that upholds positive morals, inspires its users to make connections with others, and encourages personal growth? Or does it rather normalize a culture that evokes deep hatred, disunity and insecurity in today’s youngest generation?

Like most forms of social media, TikTok is notably an app where content is algorithm-driven and varies from person to person. As almost half of the app’s 800 million monthly users are between 16 and 24, it is evident that Gen-Z is not as “woke” and open-minded as we may have previously conceived. Trends that promote eating disorders, bullying, fat-shaming and unsurprisingly, racism, persistently attract the attention of young users. TikTok is evidently more than just a source of entertainment. It is a medium through which millions of people find opportunities to hurt others and cause discouragement and negative self-esteem across communities.

Students had strong opinions about whether TikTok advocated for youth mental health.

”I think TikTok has both negative and positive effects on self-esteem. It’s a little bit of both because there are videos that can promote positivity to help people in general but there are also videos that can influence someone completely in the wrong way,” senior Liana Mendler says.

“I think TikTok has more of a bad influence because people see these videos of other people, and they end up seeing the toxic comments that either make fun of their body type or say toxic things like “Okay I’m not eating anymore,” says senior Marie Encarnado.

Despite TikTok’s persistent updates of its community guidelines, it has yet to be successful in censoring fat-shaming and self-destructive disorders. The lack of action is one of the most notable characteristics of TikTok. The app seems to romanticize eating disorders and hateful comments toward other body types. It largely revolves around a stereotypical body image, which is a dangerous way for young users to damage their self-confidence and health at such a young age. The app unveils the culture of how we tend to glorify particular aesthetics.

Past trends on the app have created a major issue in which users indulge stereotypes and discrimination. The “How’s My Form” trend led to making fun of people of color, which are wrongly described as “harmless jokes.” The horrendous George Floyd Challenge involved reenactments of Floyd’s final moments. Trends in other nations have also promoted colorism and blackface for entertainment. Even newer trends where teens dress up and have photoshoots in bedsheet ghost costumes are a reminder of the white supremacist group the Klu Klux Klan. Users claim the costumes may represent Confederate ghosts, making the entire trend alarmingly controversial. It seems as though when one trend ends an even worse one becomes popular, and the pattern constantly repeats.

Point-of-view (POV) videos are also popular threads, where users act and explain what they are doing through labels. Although many are harmless, numerous videos revolve around traumatizing situations such as rape, kidnapping or bullying. Once again, these cruel actions are normalized, encouraged and even romanticized. Most notably, the POV videos fail to propose a meaningful message at the end.

Those who came to the app for its positive and funny content are left outraged at the lack of sensitivity, blatant ignorance and hateful intentions toward different groups of people on TikTok. Many of these creators who are guilty of negative content apologize and defend their actions as mere jokes, and they are quick to move on. This cycle of fake apologies and hatred will only continue if TikTok does not take more responsibility to create a more pure platform.

There should be repercussions for the users’ actions, such as revoking the rights for a user to access their account for some time. TikTok should hold the youth accountable for their mistakes and teach them about their immoral actions. Not only does the app itself need improvement, but its users need to be more vigilant and decisive about the content they post.

TikTok may perhaps be an app where people are empowered to express themselves and uplift others, but its users have transformed it into a toxic platform. Only by using the app to shed positivity can we truly begin to fix the issue. So make the effort to leave nice comments on the videos you see instead of criticizing and belittling others. If you feel as though you cannot say anything kind, put your phone down, question your integrity, and evaluate yourself as a person in general. Perhaps the issue was never the app, but rather its hateful users who feel the need to promote negativity across the platform.