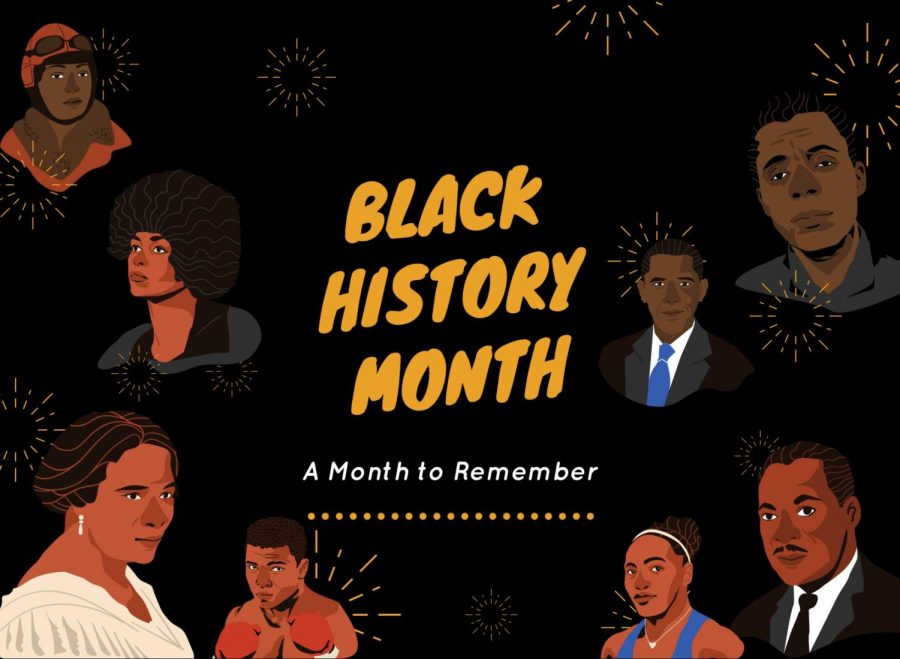 The past twelve months have been difficult for all of us. Amidst the constant toil of the pandemic, the drastic changes in financial security for many and the persistent political unrest across the nation, 2020 was a year that made history.
However, 2020 was a year that especially contributed to Black history. After the death of George Floyd and the worldwide demands to end police brutality, the subsequent Black Lives Matter protests that advocated for racial equality and the election of the first African American and South Asian Vice President Kamala Harris, 2020 was an enormous year for advancement despite its numerous devastations.
Now that February 2021 has arrived, so has Black History Month: the momentous, annual celebration for all Black people throughout history–those living, those who have passed, and those to come. Black History Month is a chance to remember all Black people who have endured, experienced and contributed to society throughout history. The designation for the month, which was introduced by Carter G. Woodson in 1926, is remarkably important, giving Black people the space to celebrate, observe and remember their history, while the world is called to do the same: learning and unlearning aspects of the Black experience. It is a call to remember the achievements and contributions Black people have made to society and a time to appreciate how much Black people have shaped culture. It is also a call to study how crucial the study of race is in history.
Inevitably, some people have perceived Black History Month to be problematic, seeing it as a “racist” concept. In contrast, others criticize the idea that the entirety of Black history is confined to a single month–the shortest, at that. However, these conflicting ideas defeat the entire purpose of Black History Month, which is to remember and celebrate Black people, as well as to work toward a society that sees Black history equally and to the same extent as the rest of American history. The celebration of Black History Month is not limited to a single season. Its significance is continued beyond February, and it is only a starting point for American history to fully represent, acknowledge, and treat Black history with just as much emphasis.
I often feel, but in reality, know Black History Month and the contributions Black people have made throughout history are overlooked by the world. Rarely do I witness discussions in the classroom and outside of it place significant emphasis on the positive achievements and experiences of Black people. Consequently, I believe my ancestral history is misrepresented or downplayed at times. However, every year during Black History Month, millions of Black people including myself can remember the entirety of Black history–the impact of centuries of oppression on Black people, but also the enormous contributions Black people have made in America regardless of this oppression. This month, I remember the stories of Dr. King or Madame C.J. Walker, who completely changed society’s perspective of Black people. I remember words of liberation from James Baldwin and the success of Serena Williams. I remember the first Black president, Barack Obama, who will continue to change history forever.
Although Black History Month is a chance to commemorate the stories of well-known figures such as these, it is also an opportunity to remember the historical contributions of Black people that didn’t come from major figures. It is an opportunity to acknowledge the millions of Black people whose names we may never know. It is an opportunity to celebrate the stories of people who fought for their civil rights across generations, whose stories never made the front pages. It is an opportunity to recount the stories of Black people who fought to achieve–those who became entrepreneurs, scientists, inventors or musicians–despite the hatred the world expressed toward them.
Black History Month is a call to remember the exceptional contributions Black people have made in society, yes, but it is also a reminder that Black people do not need to accomplish anything exceptional to justify their place in this country or beyond.
Indeed, every day should be spent celebrating, accepting and acknowledging the struggles and achievements Black people have made and will continue to make. My hope is that Black people will find rest this month and will take the time each and every day to celebrate their experiences.